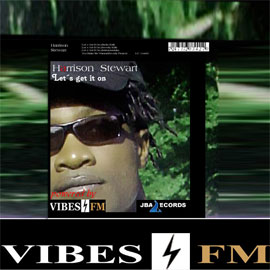 “l just wanted to do music since my youth as one of my hobbies, I like the creativity in making music, it is beautiful, awesome and makes you express your feelings emotionally”.

Blaceet became in early 2003 one of the most discussed figure in R&B and Rap Music.
He was spotted by a Neuton record executive at a talent show.
This did not last long for Blaceet career to take off.
The 10-year-old joined a group name “The Simple Minds” under a recording contract.
He later joined the Group: “Boys In A Box ” as a lead singer and rapper.
After graduation, he moved to Germany where his family were and had a recording contract with Universal Music.

In the year 2000 Blaceet had a publising deal with Freibank publishing company, a planned Album that same year through Edel Music was cancelled due to some organizational changes. In 2002 he had a publishing contract with AVM Alster Musikverlag and a record deal with the Universal Music.
The next summer, “CandyBoy” was successfuly released. From 2004 to 2005 he went into contract with Tinseltown, a sub under Universal Music Publishing. In the summer 2007, his next track “It’s Christmas Time” released by the Ukraninan Records (A Universal Music) was also featured on the CD Bravo Hits 2007.

In 2011 he released the two single tracks “Lets get it on” and “Drop it and pop it”. His later two albums Prestige vol 1 and Prestige Vol. 2 were released in 2012.
In 2013, he released the track “Underestimate luv”. A work done with the Producer Brooklyn Mad Scientists and the Radio-Béton-Moderator Tensaye Wickeed.

Blaceet was introduced to the world simply as Ferozah, which he changed to “Blace” and later to “Blaceet” in 2003 and released his debut album of the same name in 2003, which featured … The single, “CandyBoy,” which gained Blaceet notoriety from that initial exposure,
Blaceet was approached to do other projects between 2003 – 2009; he recorded a national jingle and was present in an advert for Mobilecom on MTV, and appeared live on MTV and other famous TV stations like RTL, Hamburg Eins, ZDF and also for the perfume fragrance called PUMA JAMAICA.

Blaceet has been on great news papers in Germany the Morgen Post, Abendblatt, Bild, Wochenblatt and even the magazine Piste.

Blaceet established the Radio Vibes FM Hamburg (www.vibesfm.de) and the UNIT FM (www.unitfm) which were bought by the UMCC group in the year 2007.